Home Musings Being Messy Stimulates Creativity? Is This Really True? 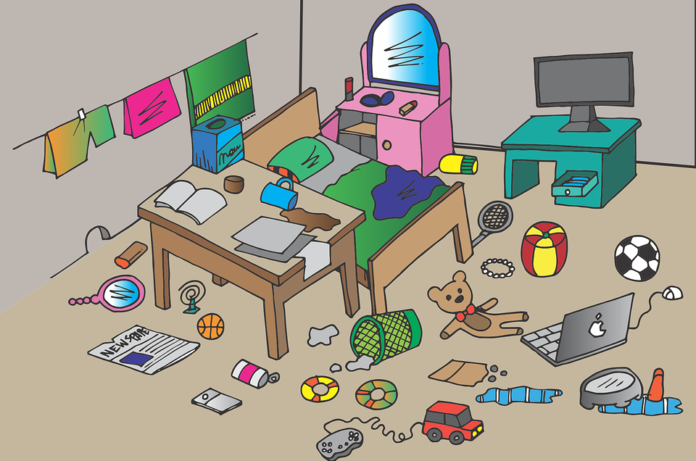 When I was little, I often flit from one thing to another – from reading a book, to carpentering my mini woodwork project (I loved building things from young). My half-completed homework would be scattered over the table, wood pieces and other materials thrown at random spots, and my worn clothes would lay strewn here and there. Being messy has always been part of me, even as I grow older.

My parents always liked me to be more organized, tidy and to stay focused on tasks such as my homework. Organization has always been considered as a direct key to success. On the other hand, being messy often equates to a path to failure. What good can come from being disorganized and messy, right?

Good news to messy folks out there

A recent research published in ‘Psychological Science‘ by Kathleen Vohs and her fellow researchers at the University of Minnesota has shown that being in a messy setting could actually provoke more creative thinking – and provided scientific evidence!

“Being in a messy room led to something that firms, industries, and societies want more of: Creativity,” says Vohs.

In one experiment, participants were assigned to tidy or messy rooms. They were told to come up with as many new uses as they could for Ping-Pong balls. The results were analyzed by independent judges for the degree of creativity.

Well, it turned out that the participants in the messy environment came up with more creative ideas (such as using the Ping-Pong balls as ice cube trays) in comparison to their tidy-room counterparts who gave ideas like using the balls for beer pong.

Participants were also presented with a choice of either an established product or a newly launched one in another experiment. The result? The ‘messier’ lot actually preferred the new product over the established one – showing that being in a cluttered environment stimulates a release from conventionality. Orderly environments, in contrast, encourage convention and playing it safe.

“If a cluttered desk is a sign of a cluttered mind, then what are we to think of an empty desk?”
—Albert Einstein

So what does this really mean to you?

Messing up your desk, throwing all your clothes around and making your room a battlefield? And hoping you wake up more creative the next day? Nope, it doesn’t simply work this way. Being messy doesn’t directly translate to more creativity.

What we are trying to say is that if you are someone who is messy by nature, perhaps you would want to find the right balance – a mess that helps your creativity yet doesn’t stifle your productivity.

Don’t clean up your workspace just because you think that you need to be tidier. And don’t feel bad for enjoying a little bit of mess.