Home Musings The Quandary of that Dreadful Night 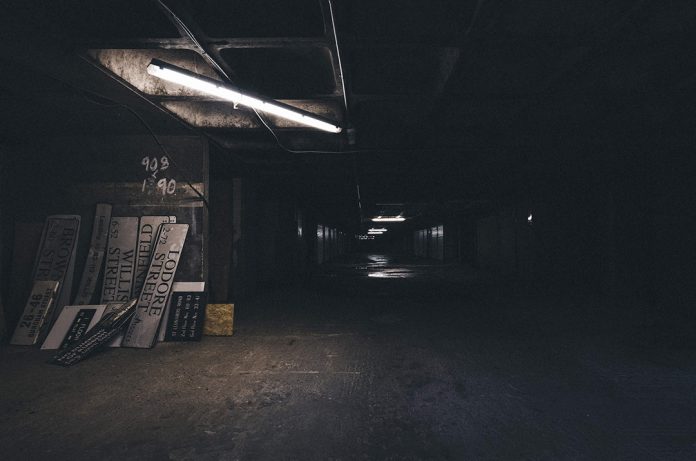 You opened your eyes to find yourself flat on the floor. Everything was hazy. Your head hurts. You couldn’t remember how you have gotten here. Then you recalled taking the usual, deserted alleyway home together with your parents when you were jumped on and knocked out cold. You blinked, closed your eyes, and blinked again, blurriness fading, surrounding crisper—you were in a disheveled, neglected warehouse. “Where’s Mom and Dad?” You mumbled as you look around for your parents. And then your gaze fell upon two bodies just a few feet away. A man was standing over them.

He twisted a bloodied knife in his hands, a threatening grin still plastered across his face. His clothes were stained deep scarlet and spots of red speckled his face, but he was completely indifferent to the fact that two bodies were at his feet and the weapon that killed them was in his very hands.

In your head, it was as if you were turning over pages of different feelings, trying each one to see if it fitted. Grief? Shock? Despair? Anger? Fear? Emptiness? You aren’t sure how you should be feeling right at the moment. Your fingers tingled strangely, and you had the impression that you are swaying slightly. You couldn’t feel your feet. You opened your mouth, but no words came out. There were no words to come out: your mind was empty.

Without warning, the man charged forward, thrusting his blade towards you. You tried to twist out of the way but the knife tore through your jacket and scraped along your ribs. You could feel blood, hot and quick, trickling down your skin. Rather than backing off, you clamped your arms downward to trap the knife, then struck a rabbit punch to the back of his head. He stumbled forward and slumped to the ground unconscious.

You sprinted in the direction of your parents with a shimmer of hope. But it was already too late. There was no pulse. Moments ago they were still alive, laughing away during dinner, and the next moment they were dead—nothing but slabs of unresponsive, unfeeling flesh. You drew a deep shuddering breath. Then you felt a spark of anger fan into flames within your chest. A voice in the head said, “It’s time to pay.”

You started walking unusually slowly towards the knife, almost robotically, as if you were in a stupor, like someone under hypnosis. Vengeance, a dish best served cold. The need for it was like a rat gnawing at you relentlessly, festering like a septic wound as you picked up the weapon. You glared at the murderer with your bleak gray eyes, framed in the frigid face of an executioner as you approached him. You were ready. Ready to take justice into your own hands. Ready to dole out the merciless sentence.

The voice of reason

“NO! STOP!” You stopped dead in your tracks. The little dissenting voice of reason that you could sometimes hear from within chose this moment to say something. It pointed out, quite calmly, that death as a punishment would be too lenient; incarceration, on the other hand, would arguably be a sweeter revenge. Think about it. He would be left to rot in a dark, unforgiving, cold cage. No windows. No comfort. No way out. All alone with insects for company. Every minute would be hell—a never ending torrent of torture and despair. He will break himself until there is no more him, but a hollow shell without freedom, without life.

“Why did he do this?” You realized you hadn’t thought about his motives. Whatever the truth, you would only find it out by questioning him. But does the stated intention really matter? It would be no more than smoke from a fire that’s already burning. All that you desire seems to be your revenge, how to inflict onto him the utmost suffering.

Coming apart at the seams, you stood there in quandary—hesitating, pondering. Kill him? Or kill him not?