Home Relatable How To Make A Tough Decision: Find Out What You Want. 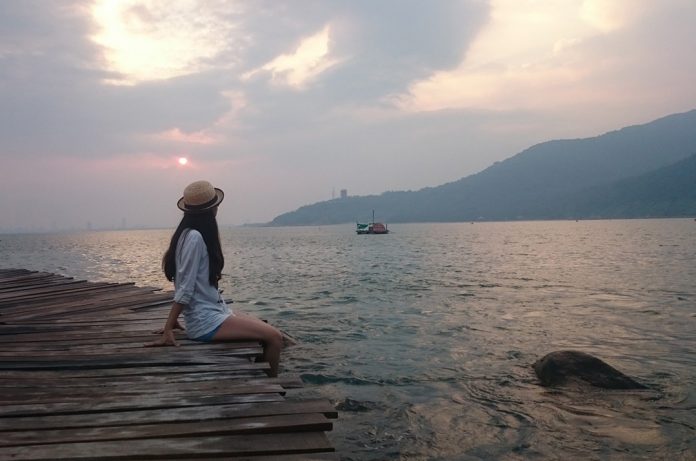 You sit there, leaning back on your palms. The floorboards creak. A breeze blows. Salty air.

Even at your favorite place of relaxation, you cannot see your way clear out of this difficult situation.

You have carefully thought it out. Ransacked all the available options in your mental tool box. Countless nights of lying awake, measuring the pros and cons. You even consulted (Read: pestered) with everyone around you — who are now serving notice with hissy fits. Like cats on defense. HISSSSS, if you don’t leave us alone, we Kitties gonna claw you bad.

Despite all the analysis, you still have absolutely no idea what to do.

Time passes and all seems lost as the tug of war between two evenly factions eventuates. Each choice pulling in opposite directions with all the strength it can muster. Yet neither one pulling enough to drag the other over the central line so that you can finally declare the winner already.

You squeeze your eyes shut. So what now, you think to yourself.

Step outside your head for a second.

Now that you have given the decision a long, objective look, have considered all the options and studied both sides and still cannot make up the mind, it’s time to let the infinite intelligence within your subconscious imply its own answer.

In other words: Trust your gut.

Find a coin. Assign heads to one option and tails to another.

How do you feel about the result? Disappointed? Or relieved?

Here’s the thing. It doesn’t matter what result is revealed. That moment the coin is spinning in the air, somewhere, you have instinctively made your choice — by hoping for a side that would come out on top.

An angle of zero: straight up the answer’s tailpipe.

A Danish poet wrote this poem:

Whenever you’re called on to make up your mind,
and you’re hampered by not having any,
the best way to solve the dilemma, you’ll find,
is simply by spinning a penny.

No — not so that chance shall decide the affair
while you’re passively standing there moping;
but the moment the penny is up in the air,
you suddenly know what you’re hoping.Piet Hein

It’s easy to get stuck in a conundrum as we go round and round, examining the information we need to make the decision. Too much till we end up in an analysis paralysis and losing sight of what we really want.

The lesson here isn’t to encourage making our life decisions with a coin flip. Rather, it is to veer toward action more often by removing the mental block and revealing your deeply hidden desire.