Home Silliness Shutting Up A Noisy Coworker With My Mechanical Keyboard 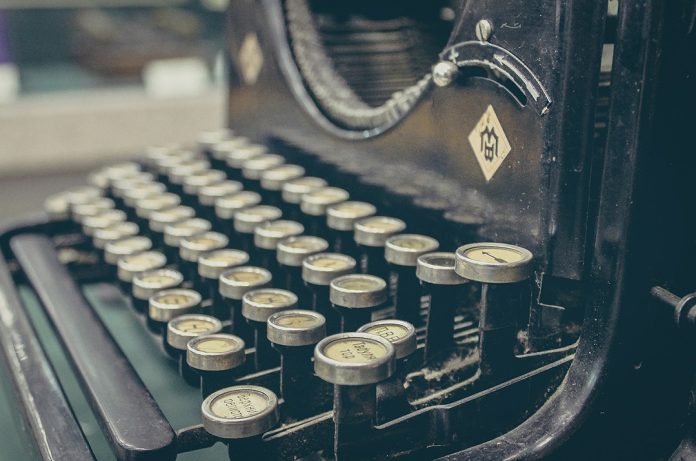 Coffee just doesn’t taste the same anymore, ever since Mrs. Burp-A-Lot appeared. I would have enjoyed my java intake at the cafe, but the morning conference calls for my coming to the office early enough.

To my right, Mrs. Burp-A-Lot slurps her distractingly, stinky, homemade breakfast that looks and smells like you-know-what, and goes Ahhhh loudly. I suspect it’s some old, dying, back-of-the-fridge veggies that were buried underground for months to ferment, blended with fetid Limburger cheese that’s washed with sweat from Satan’s arm-pits. And probably a lot more stuff that I’m missing.

And, wait for it.

But that’s actually fine. The least of my concerns. My biggest pet peeve, however, is that she has no internal volume switch. Only one setting. Maybe she has, but the volume slider is broken and stuck on the loudest setting.

Two weeks ago, Mrs. Burp-A-Lot found at least 3 different groundhogs living under her shed and she is looking for some expert to get rid of them due to the damage they cause to her garden.

I know this because Mrs. Burp-A-Lot has phoned her friends and family about it and interviewed potential snipers for the job. For like the whole damn two weeks.

I put on headphones, but I still hear her. She doesn’t seem to understand normal boundaries and talks loudly about her personal stuffs on the phone all the time. Makes it almost impossible for me to concentrate.

Look, I get it. Everybody wants to be heard. But none of us here is a part of a very elite animal extermination task force that has assassinated high-priority animals all over the globe, so hell no, nobody is going to neutralize your goddamn groundhogs.

In case you are wondering, no, I am not complaining about it.

Just a little backstory about my experience with an annoying, noisy coworker. I think it’s pretty common in today’s workplace. But guess what? For me, this has been a problem no more.

My retaliation (read: solution) to Mrs. Burp-A-Lot is this work of art.

For the longest time, my sentiment with respect to a typical keyboard has been this plastic panel of keys that enables me to enter data into the computer — as long as it can perform this basic function, it’s a pass for me. Apart from that, I supposed a wireless one would be a bonus.

I never understood why would anyone make a big fuss over a keyboard. Sure, there are fanciful RGB lightings and programmable macro functions that can be stored. But these just aren’t sufficient to justify spending over a hundred bucks for one. Especially when I am not some professional gamer wannabe.

Then I heard things about mechanical keyboards and Cherry switches. Cherry and keyboards. An amusing disjuncture — like Apple and computers. It doesn’t quite make sense, so it forces your brain to dwell on it.

I got curious. Lurked around tech forums and researched. Scrutinized countless unboxing and review videos. Before the end of the week, I had pulled the trigger and gotten myself a Corsair K70 LUX Mechanical Gaming Keyboard.

Why didn’t I get it sooner, methinks.

I have to say — I absolutely LOVE it!

Loaded into an aircraft-grade anodized brushed aluminum frame with a detachable soft-touch wrist rest and textured keycaps, it looks and feels like a real badass, definitely durable enough to take my beatings like a champ. And for the sake of those who are as ignorant as me previously about mechanical keyboards — these devices use individual, precision-made, spring loaded switches underneath the keys; rather than the spongy rubber dome-shaped switches of the typical old school $10 keyboards.

Brief info on Cherry MX key switches right at the end of this article.*

The combination of the strong tactile feedback and simultaneous click gives a very satisfying feel while typing. Each key bounces and clickety-clacks rather than taps. Every pound feels wickedly important and intense and pleasurable. Drafting an email. Writing an article. Or just WhatsApp-ing a friend. It doesn’t matter what I am composing. This intimacy, this whole thing, it feels great. It creates this buzzy ferocity in me, and it’s scary in a way, but damn, I feel ALIVE as I hammer-type-write.

So, now I sit at my desk. I attack my keyboard like Jack the Ripper going after his victims with a machine gun. Beast mode.

The other colleagues wince. Throw an epic shitfit. Like monkeys cranked tight on meth. Cute.

And as for Mrs. Burp-A-Lot. I can almost hear her whimper as she walks away to find somewhere quiet to make or answer her calls.

I think she finds my being too loud.

This story is mildly exaggerated. But I have this mechanical keyboard at work. My colleagues have tried to swap it out with some shitty company keyboard. They have tried to install those quiet spacers on it. They have failed every single time. Don’t touch my stuffs, guys.

TIP OF THE DAY:

If you feel that an annoying coworker has exceeded your auditory tolerance, share this article with him or her, put on a devilish, shit-eating grin, and announce that you will be ordering one of these noisy loud mechanical keyboards.

Last but not least.

*As promised, some brief points on the Cherry MX key switches here.

They come in various unique feel and sound.

Before dropping a sum of money on an expensive mechanical keyboard, which can probably last you a lifetime — it’s best to experience and compare the differences in feel, stiffness, and sound of the Cherry MX keys, in order to pick the right one. If you don’t have a local store nearby that you can head down to, you can consider getting one of these switch testers that simulates what each switch types actually feels like.