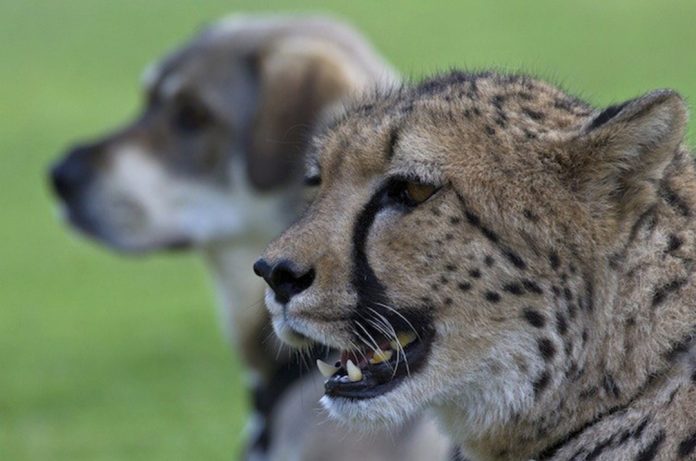 Somewhere, a bird chirps. It sounds like some broken child’s toy — out of tune and jarring.

“Wadafuk is that!” Ayo the cheetah cub yowls.

“Woah. It’s just a little birdie. Keep calm tiddlywinks.” Only barely older than Ayo (by 2 days), Dongo is a Labrador who is charming and poised. He’s confident. And when he speaks to Ayo, it’s in a strong measured voice with a reassuring tone.

Ayo doesn’t move, but he tightens up. Every muscle pulls taut to bone.

Dongo clucks his tongue. “Come on. Really, just chill. Lick your sack for some comfort.” He rises from his spot and places his paw around the cub’s shoulders. “Go on. It will help,” he says, giving Ayo a gentle nudge.

Ayo still doesn’t move. Not immediately, anyway. It’s like he doesn’t know what to do. Part of him appreciates Dongo’s attempt to extricate him from his anxiety, but the amalgamation of the threatening environment and his own perturbation keeps him rooted to the spot. He finally takes a deep breath, then dips his head down.

A breeze blows, and the leaves scud over the ground.

Ayo jolts upright, his long tall mantle and small, but muscular, tail in full display. He narrows his eyes and darts his gaze around nervously. Then the wind answers, it came in a whisking gust. He feels a hot rush to his ass crack.

“OMG, you shit yourself?”

Ayo shakes his head. “I don’t know. I get nervous about everything. Sometimes, I literally don’t know why I’m anxious, I just am and no one seems to understand.”

“I do. And I’m here for you, my little sugar plum.” Dongo reaches out to embrace Ayo. He plants a tender lick across the cub’s face. The kind so genuinely sweet that it calms and warms his little heart.

Ok, I made that up. But that, I imagine, would be a typical day in the cheetah’s den site.

And if you don’t know already, cheetahs are really just skittish kitties, albeit their ferocious and majestic looks.

They are so edgy-bajiggity-nervous, to the extent they get too stressed to even have sex. And that’s one helluva problem because they are dangerously close to extinction. According to the Proceedings of National Academy of Sciences, there are just 7,100 cheetahs left in the wild, down from an estimated 14,000 in 1975.

Apparently, support dogs are assigned to the cheetahs to help them relax, keep calm, and feel safe and protected — like an emotional morphine. The dogs and cheetah pups are usually introduced when they are both about 3 months old. As the two grow up together, they effectuate a sibling-like bond, one that becomes almost inseparable.

Not only is the dog tolerant of kitty play (including tooth and claw), it is also a great teacher, offering up social cues that the cheetah need to thrive and would normally get from their mother and siblings. The dog ultimately winds up as the dominant figure in the relationship — protecting and leading while refocusing his BFF’s nervous energy. And the cheetah will not hurt or kill his friend, well into adulthood.

So the next time you see a Labrador in the zoo’s cheetah exhibit, no need to whoop and holler like an idiot, because you know why. 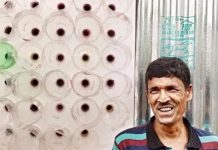