Home Relatable How To Make Your Stinky Bathroom Smell So Damn Good?

My nostrils are on fire.

I don’t know how it got in here. Or how it lingered around here for so long.

Sometimes, I think my two whip-smart dogs are plotting some kind of retaliation against me not spending enough time with them. The perpetual mission starts with them taking shelter under the sofa while waiting for me to get out of sight, then moving stealthily alongside the walls towards the first waypoint and unleashing all their pee near the dining table. Then making a pass 5 meters east from the waypoint and laying a dozen shit mines as spread-out as possible in the middle of the living room. If they are not spotted and not being chased or yelled at, they head to the extraction point behind curtains to end the operation.

Then again, for them to plan ahead, executing their mission, not knowing when I will find (or step on) the indiscriminate mines of piss shit, and then hide before I get angry and start swearing: That takes a whole lot of calculated enterprising and vengeful thinking.

Anyway, the PROBLEM is that my bathroom ended up with this LINGERING URINE ODOR from all that defusing of bombs and traps (read: mopping up). At first, I thought I was imagining things because I am certain I thoroughly flushed those excretions, laundered the contaminated mop and pail, and scrubbed down the toilet every fucking day. It smelled fine at first, probably masked by the fragrance of the cleaner, but later as I walked past the bathroom door I caught another whiff of that unmistakable offensive stink. And even with extra scrub-downs, ventilation with fans, and spraying of air-fresheners — that stubborn odor refused to budge.

Lo and behold. Here’s one truly awesome, simple and badass tip to banish the stench. 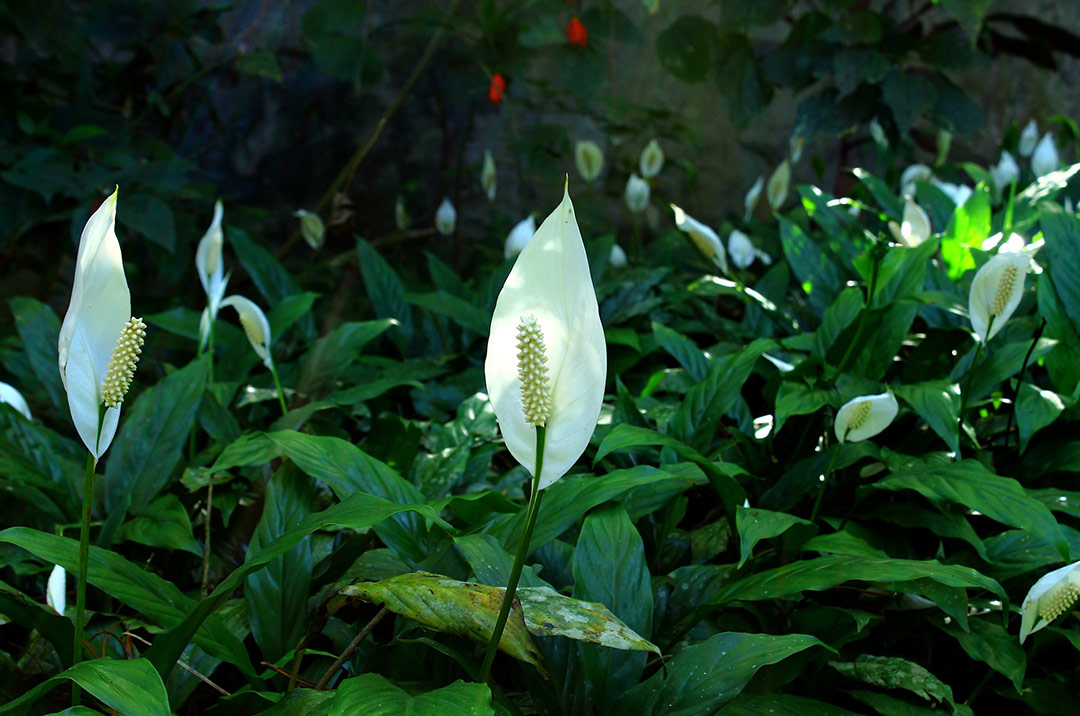 Peace Lilies. Spathiphyllum. These lovely plants not only are visually appealing, brightening up your living space, but are also fucking exceptional at cleaning the air of its surrounding. To emphasize how great this houseplant is for purifying the air in your home: It’s NASA approved (Yes, NASA researched houseplants as a way to clean air in space stations).

There are other plants in the list but the peace lilies take little efforts to care for, do well in medium light (which is great for bathrooms) and remove every chemical tested in the NASA research — ammonia, benzene, formaldehyde, trichloroethylene, xylene, and toluene. Don’t be lazy. Take a stab at googling if you want to find out more on these air pollutants.

To combat the stench in my toilet, I placed 3 small pots in my bathroom. Only in my bathroom because these plants are known to be toxic to cats and dogs, and my dogs don’t enter it.

The next morning, when I opened the doors, JEEZ it was like the glorious Deity of Lilies had paid a visit and completed her ritual incantation to excommunicate the dreadfully ugly and stinky ghouls, leaving behind just the air so perfumed without chemicals. Supercalifragilisticexpialidocious.

So if you have to, go get yourself some Peace Lilies.