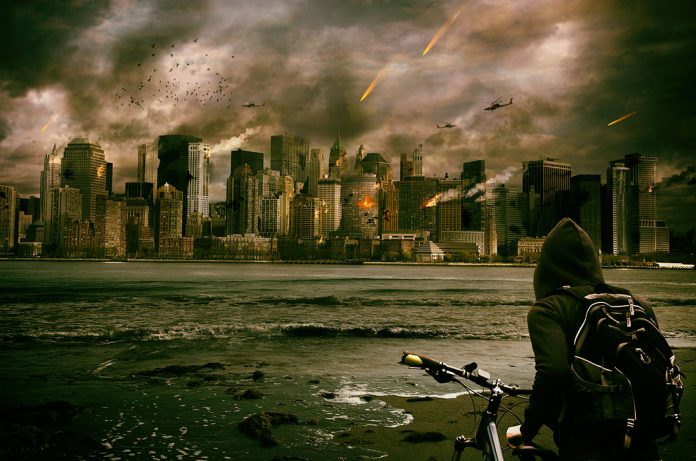 It shouldn’t have laid siege to her — she isn’t a pathological computer user; she prefers written letters over emails, keeping track of things in notebooks and video games never appealed to a muggle like her. Helen is a person with estimable presence. She is a finessing comforter — in the ward, she calms patients deemed ‘difficult’ by other nurses and turns their frowns upside down. In her slight frame, gait almost graceful, neatly dressed in that starched white uniform, she will pierce through all that pains, withered old bones and the bad in the patients’ bodies with her magical smile: one that makes the medications worked better, improves their appetites and prepares them for a restful sleep.

That evening, she pushes her trolley, ward to ward; bed to bed. Using the hospital’s laptop, she retrieves the patients’ information and updates the log as she dispenses the medicines and intravenous drips meticulously. And somewhere, unbeknownst to her, there is that monster, lurking in ambush, primed to pounce. As if she has any time or inclination to deal with monsters. There is work to be done — a salient duty to dole out the antidotes to the affected in the right dosages, and on time.

The ransomware clearly exasperates her and sends her clawing at the sides of her head in frustration. Then she marches through the hallway, stops at her desk, and scoops her phone up.

At least 16 hospitals in England were being forced to divert emergency patients after their computer systems were infected with ransomware, a type of malware that encrypts a victim’s files unless the victim pays for a key to unlock them.

The WannaCry malware responsible for the attacks that started last Friday hit more than 150 countries and 200,000 computers, shutting down not only hospitals but also many organizations such as warehouses, banks and to name but a few, FedEx in the U.S. and Renault in France.

Microsoft released the patch for the vulnerability in March (Read the security bulletin here). Those who have not patched their computers, what are you waiting for? DO IT NOW.

Stay sharp. Browse the internet safely, verify the sources of download links or any links for that matter before clicking.

You might want to know that there is no known way to recover the hijacked files by WannaCry. Thence, backup your dear files.

Read this: Can We Trust Smart Gadgets?