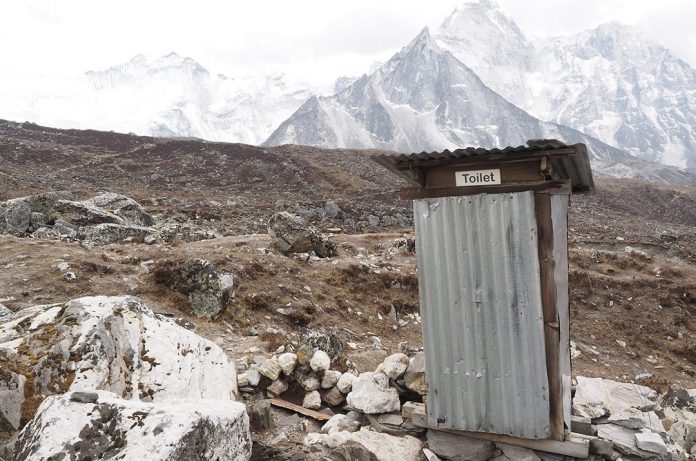 The new restaurant was an old fashioned diner in every sense of the word. Its colossal neon sign and cantilevered roofline recalled a time when roadside restaurants screamed at drivers for their attention. The smell of fried eggs and bacon pervaded the neighborhood streets for more than a block around. Music from the 1940s filled the greasy air as we entered, for the first time, into the humble and retro designed interior. It was lively, with dozens of people nestled in for their dinner.

Tim and I plonked ourselves into two magnificent turquoise bar seats, directly across from the grill, where we could watch our meals being prepared without obstruction. Though eating at the counter meant we had to sit nearly shoulder to shoulder with strangers, we had decided that watching the chef work was central to enjoying the meal. A gorgeous waitress greeted us — Tim spent the whole dinner eye-fucking her after she took our orders. When the food finally arrived, we wolfed it down rapidly with a few gargantuan bites. Mind you, we ordered a hell of a lot of food; surf ‘n’ turf, baby back ribs, Andouille, pepper filled omelet, silver dollar pancakes. And then there were the wedges that were thick and lightly crunchy with an excessive amount of grease, not to mention the delicious craft beer to egg on our calorific meal. Yumbolicious. However, something felt amiss.

As we were exiting the diner, Tim’s new-found darling shouted out an unaccustomed “Goodbye!”, much to his delight. We parted ways, and about half-way through my taxi ride, I felt a little queasy. “No big deal, I’m sure it will pass. Must be too much greasy food,” I thought.

No more than a couple of minutes from the half-way point, I felt a dreaded rumbling. It must have been the slurry of seafood and steak, now pushed along by the greasy potato roughages, lubricated by the effervescent beer, that expedited the usual process. My stomach suddenly announced that it needed to evacuate the contents. Right fucking now. I could kinda feel the turtle’s head poking out of its shell.

I had two options. Either I unleashed the Kraken in the taxi, or I could alight immediately and find a site to let loose. Both choices seemed simple, yet impossibly difficult.

I chose the latter. I paid my fare, clenched my ass cheeks, did a penguin walk towards a dumpster that I had fortunately spotted. The lava inside my system was raging. My waddling quickly escalated into a sprint—meantime, my undies were being spray-painted with brown coats of warm wetness. I made it behind the dumpster, dropped my jeans together with my sodden undies, assumed a shit squat position, and unloaded the burning mess. O God, the relief.

Right after the first package was delivered: I heard a scratching sound, the rustle of some plastic bags, and a crazy fat raccoon leaped out from one of the bins, staring right at me with its bandit’s eyes. I don’t know if it was pissed off with my ungodly stench, its sharp snout quivered as it sucked in the air, then its jaw shifted forward, exposing its gums, and it began to screech like an owl. I was squatting there, pants around my ankles with this fucker baring its teeth at me and literally scaring the bejibbers out of me — as a matter of fact, my second stinky package exploded out of me that moment it appeared, with several aftershocks following.

Thankfully, the bin scavenger scurried off shortly, allowing me to finish my business. But that’s also when I came to the sudden realization that there was no toilet paper. Not wanting to wipe my ass with rubbish, and being ever so resourceful, I sacrificed my boxers and socks instead.

The whole thing was a misadventure but somehow miraculous:

And so I learned a few very important lessons that day.

Number 1: Don’t underestimate a hunch. Sometimes, you get this intuitive feeling or a premonition that some shit is gonna happen. Trust it. Opt to proceed with caution.

Number 2: When shit happens; be alert, think clearly, act decisively. The road of life is paved with flat squirrels who couldn’t make a decision.

Number 3: Extra shit can happen after shit happens. Be well prepared. “Are you ready for more shit?” No, the question is, “Is more shit ready for me?”

Number 4: Clean that shit up. Shitty clothes, shitty head. If you are surrounded by shit, it’s a lot more likely that your thoughts and actions will be too.

Number 5: Clean that shit up, with whatever you can find. There’s a huge difference between seeking resources and being resourceful. Seeking resources works, but when resources become scarce, you’re fucked. Being resourceful on the contrary means you’re the one that mines the resources. You know that you have everything you require because they are all within you.

Number 6: Shitstain’s not permanent. When shit happens, don’t just cry. Man up. Go do some push-ups. It’s not a dead-end street, it’s just a detour.

Number 7: Learn the lesson. Identify the lesson to take away from when shit happens. The most valuable lessons are usually learned in the shittest ways.